1978. We got lucky and got invited to play with two quite more experienced players. Jase had played in Midway, Nopo was a new face but rumoured to be a diehard Hendrix fan who even sounded like him. Rumours were true. 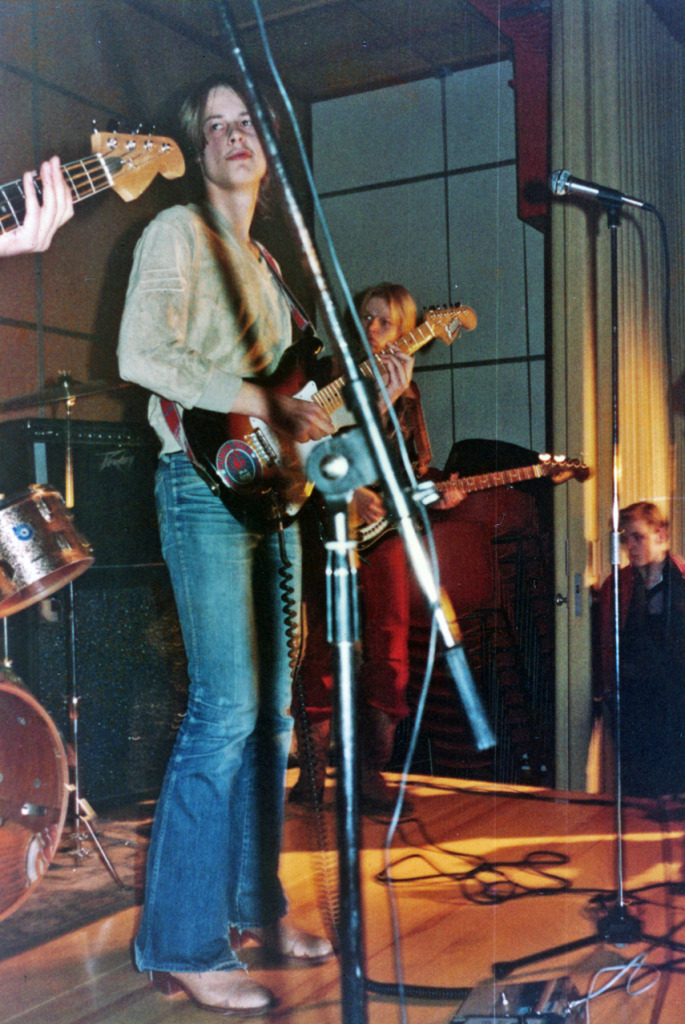 Achieved some popularity locally, played quite a few gigs around Rekola-Korso-Havukoski-Hakunila. This was a time of some restlessness around Koivukylä and Korso, where the rockers (them) and hippies (us) had some fights etc. On some of our gigs there was some tension, but never any outright violence. We had some original material that Nopo had written, but mostly we played rock covers (Hendrix, Rolling Stones etc. Even Wigwam’s Pigstorm). In this group I was a lead singer. Our rehearsal space in the basement of Päiväkummun koulu. As a sort of an offshoot, we did some acoustic gigs with Nopo as “Ihan Okei”.